We are about to enter the most powerful Eclipse season in our lifetimes!  Eclipses are a common phenomenon and happen twice a year around the winter and summer solstices.  The energetic impact of an eclipse lasts for six months, until the next eclipse begins a brand new energetic cycle.  Usually an eclipse season consists of two eclipses: one lunar  (when the Earth comes between the sun and the full moon, casting a shadow on the moon) and one solar  (when the darkened new moon comes between the Earth and the sun, blocking out the sun).

The June Solstice 2020 eclipse season is truly rare and unique.  There will be three eclipses back to back.  A total solar eclipse, on June 21st, flanked by two lunar eclipses – two weeks before and two weeks after.  Energetically, the three eclipses are infinitely connected in a powerful dynamic loop of a figure 8.  This Eclipse Gateway represents a vital choice-point intersection in our soul’s evolution.  It is a powerful trigger, invoked by an emergence of the Divine Feminine.

The solstice solar eclipse is the nexus point in Gaia’s rebirth, and a turning point for humanity.  It is the second stage of labour in the birthing process; the ‘breaking of the waters’ when new life begins pushing its way through the birth canal.  The first stage was the Saturn-Pluto conjunction of January 12.  The third, and final stage will be the Birth into the New Age of Aquarius, during a Saturn-Jupiter conjunction on December 21st.

I see this Eclipse Gateway as an infinity symbol.  It’s like a figure 8 racetrack of high speed, supersonic energies. This is more than just a portal; it is a chamber of pure, pulsating, 5th dimensional frequencies like we have never encountered before.  It is extreme!  It is transformational, alchemical, and world changing.  For four weeks we will be inundated with new light codes and cellular activations.  Yet, transformation is never easy!  In order to make room for more light, the old must be purged out.  Therefore these cosmic waves will undoubtedly ignite a great amount of purging from the Earth and humanity.  As we near the first eclipse we are already starting to see the effects in our world.  The lower density frequencies are being moved out through the throat chakra, purging out through our voices!  All of the angry and violent protests happening around the world are actually a form of this purging in action!  It is a release of old energy that still needs to be healed, transformed, and realigned.

The first lunar eclipse, on June 5th, is in Sagittarius.  This is an internal energy illuminating what needs to be healed within ‘the individual, the ego, and our belief systems’ with a strong theme towards ‘freedom’.  Through disclosures, new truths, and new information coming forth, our belief systems will be greatly challenged and provoked.  We are being asked to let go of the past and embrace new beliefs and new ways of thinking.  The second lunar eclipse, on July 4th, is in Capricorn, illuminating the dark hidden aspects of ‘government, society, and the corporate world’ and will invoke action and demands for truth, justice, and transparency within institutions.  Together, these lunar eclipses ignite a masculine, hot-tempered, fiery element to the figure 8 energies.

In between the lunar eclipses, the solar eclipse in Cancer is the anecdote!  Cancer is the Divine Feminine, the Mother.  She brings nurturing, healing, unconditional love through the life-giving element of water.  I am seeing this central eclipse point unleashing a powerful tsunami of love, cleansing and diffusing the fires.

RESURRECTION OF THE DIVINE MASCULINE

The June 21st Solstice also happens to be Father’s Day. This symbolizes a Divine Union that is taking place.  The cosmic inception of the Divine feminine at its highest, purest form counteracts the lower, negative, masculine polarities of our world, bringing everything into harmonious balance.  Through the Divine feminine, a rising transcendence of the Divine masculine will transpire.  Together, this alchemical union of fire and water will uplift and transcend our planet.

For humanity, this celestial event will induce transcendental shifts within out hearts and minds by way of electro-magnetic cellular activations.  This rapid and regenerative process will reactivate the original human genome, and realign us with our true divine heritage.

Ultimately, this Eclipse Gateway will press the reset button on our world, flipping us from a negatively dominated Patriarchy, to a positively reconstructed Matriarchy, symbolized by the Rose.  Over the next six months, the rose will unfurl its eternal bloom, birthing us into the New Age of Aquarius. 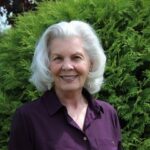 Taken from Culture of Awareness “A Guide to Earth’s Extraterrestrial Races”   Place of Origin: The Pleiades Star Cluster. Dimensional Perspectives:  Exist from 3D to 9D Appearance: Appear much like particularly beautiful Earth humans, with perfect bodies and pleasingly symmetrical features with a END_OF_DOCUMENT_TOKEN_TO_BE_REPLACED

I call upon my Higher Self and ask that my will be aligned with the will of my Divine Self for my greatest good. I now place my ego personality under the control of my Higher Self and henceforth through END_OF_DOCUMENT_TOKEN_TO_BE_REPLACED

By Bliss Carman   I took a day to search for God,  and found Him not. But as I trod by rocky ledge, through woods untamed, just where one scarlet lily flamed, I saw His footprint in the sod.   END_OF_DOCUMENT_TOKEN_TO_BE_REPLACED